ReadWorks continues to enhance offerings, with all students and teachers in mind.

Readworks one-pager Don’t miss this one pager, describing ways readworks.org can enhance your instructional design. This tool is for any course where students are building their knowledge through print (not just reading classes); it also has built-in differentiation tools allowing students to listen to texts. This company is a leader in addressing the knowledge gap, with multiple validated studies showing the impact of their article-a-day resources.  The materials are always free and available both in print and in digital form. You can also link to Google classroom, allowing any readworks assignments to show up there. The most recent addition:  tools to help you align article-a-day to your year long curriculum plans.  If you tried in the past - try it again; it just keeps on getting better and better.
Post a Comment
Read more 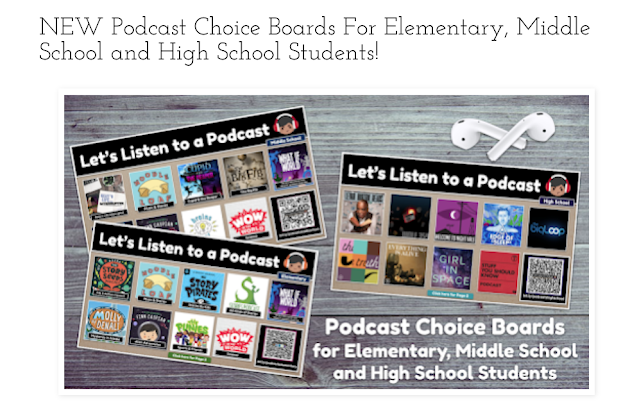 "A Thousand Cuts": Understanding the Impact of Racial Microaggressions

What is a microaggression and why do they matter? The term “microaggression” was first coined in the 1970s by Chester Pierce, an Emeritus Professor of Education and Psychiatry at Harvard Medical School to give language to a painful and pernicious form of everyday prejudice.  Derald Wing Sue, a Professor of Counseling Psychology at Columbia University, defines microaggressions as “brief and commonplace daily verbal, behavioral, and environmental indignities, whether intentional or unintentional, that communicate hostile, derogatory, or negative racial, gender, sexual-orientation, and religious slights and insults to the target person or group.”  Racial microaggressions are important to understand because they are the most frequent and relentless manifestation of racism in our schools and yet the least likely to be identified and challenged. What’s more, racial microaggressions are the type of racism that we are most likely to perpetuate ourselves because they are usually delivered uncon
Post a Comment
Read more 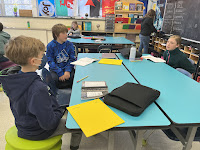 Let's start with the bad news: Over the last two years, teachers have observed even lower engagement than usual during writing activities. Students seem to struggle with standard writing routines, scaffolds and  assignments that worked in the past. In younger grades, letter formation is less automatic, requiring more explicit instruction, taking chunks of students' mental and physical energy. And in upper grades, fluent expression of ideas is dragging - perhaps suggesting student knowledge and vocabulary gaps. Or is it lack of motivation and stamina? Gathering data from regular 3-minute writing prompts and analyzing other samples of student writing across content can provide a teacher with valuable insight; as they  continue asking questions and looking for answers, a focus/shift occurs - from student performance to instructional response:  How can I make writing tasks more supportive and engaging - in order to move this critical visible thinking skill forward?   That's th
Post a Comment
Read more 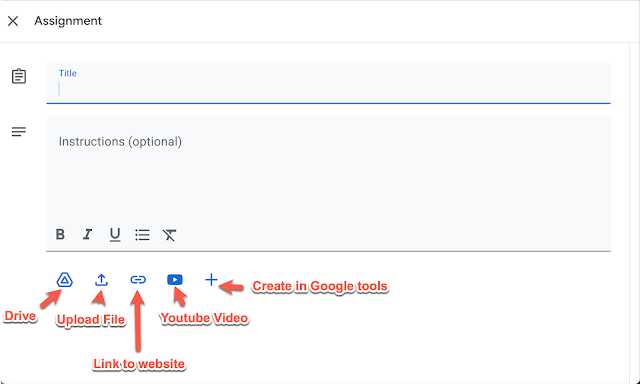 The Universal Design for Learning (UDL) framework asks that we design learning experiences with intention toward removing barriers and increasing entry points for all learners. Google Classroom, when used with this framework in mind, moves beyond a simple digital workflow exchange. It allows for multiple means of representation, engagement, and action/expression to increase access for all. How can Google Classroom help you implement UDL? Use Google Classroom to deliver resources and materials in multiple formats. Some learners do well learning through reading the texts you select, while others take in information better through audiobooks/podcasts, or videos and infographics. A combination of modalities can work together to reinforce a concept. The icon menu under the instruction box in a Google Classroom assignment allows you to attach resources easily. Multiple attachments can be added to any assignment. Note the multiple modes of expressing content knowledge in this assignment, one
Post a Comment
Read more

February 15, 2022
Recently, ASCD caught the Wordle craze with its blog post by Nell K. Duke, University of Michigan professor and instructional strategies expert (blog post found here ). In case you haven't heard of or played Wordle yet, it is an on-line word game that challenges participants to guess a five-letter word in six tries. Developed by Josh Wardle, the game's popularity has grown exponentially - to the point where the New York Times recently bought the game to add to their suite of puzzles.  A quote from Duke's article suggests that "s tudying how to be successful with Wordle can be helpful to educators because it can remind us of some key points about effective phonics and spelling   instruction" - which are below:  1. Some letters are more common than others. 2. The position of letters in a word matters. 3. Letters and sounds don’t have a one-to-one match. 4. Vocabulary knowledge is important to word reading and spelling. 5. Phonics and spelling can be engaging. Duke e
Post a Comment
Read more

The Power of Assistive Technologies in Schools by Max Burman